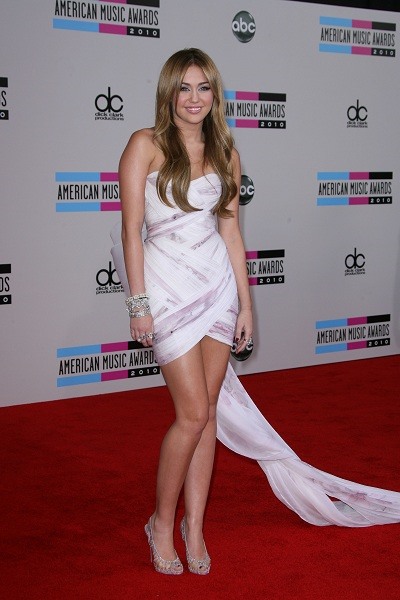 Remember being a tearaway teenager and trying to get away with all sorts of bad things? heatworld does, and we also still remember the clever methods our parents used to use to shame us into better behaviour. Threats never worked but emotional blackmail could be surprisingly effective.

Well, teen behaviour hasn't changed that much since our day, and nor, it seems, have parents, at least judging from the latest input from country singer and professional showbiz dad Billy Ray Cyrus.

As we reported yesterday, Billy Ray's precocious and clearly overpaid offspring, Disney teen queen Miley Cyrus, has been caught on camera smoking some sort of substance from a bong, and then getting all giggly and talking about feeling 'trippy'. It's been explained that Miley was smoking salvia, a legal high that you can get in California, rather than anything more illegal, but it's still not a very good look for someone who's supposed to be a role model for kids.

Billy Ray, meanwhile, has reacted with the archetypal dad tactic of being disappointed rather than angry. Reacting to the video via his Twitter feed (how did people express their feelings in the day before Twitter?), he sent a message to fans saying, "Sorry guys, I had no idea. I'm so sad. There is much beyond my control right now."

Poor Billy Ray. He's in the middle of a divorce from wife Tish at the moment, and he sounds awfully sad. See what you did Miley? Did you want to make your dad cry? Did you? We bet she gives up drugs forever now…

Other worthwhile deals to check out:

Join the Next Reality AR Community

Get the latest in AR — delivered straight to your inbox.