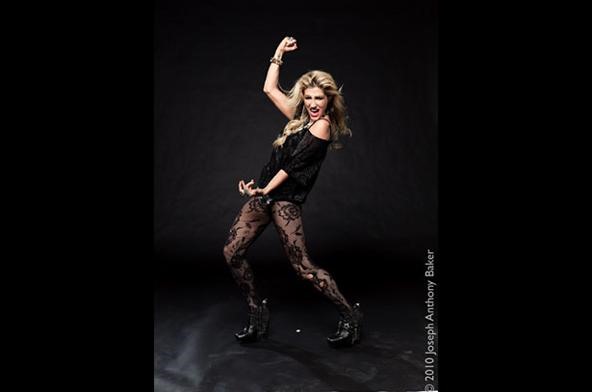 As far as new artists go, 2010 more or less belonged to this 23-year-old Nashville native, who released her hit debut, "Animal," in January, then followed it up last month with a nine-track mini-album, "Cannibal."

With three songs on Billboard's year-end Hot 100, and 1.1 million copies sold of "Animal," according to Nielsen SoundScan, Ke$ha is the Hot 100 artist of the year, as well as the top new artist.

"RCA/Jive Label Group chairman/CEO Barry Weiss says, "She's an artist with a point of view-which is more than you can say about 95% of the acts out there.

" Billboard: How different is your life right now versus this time a year ago? Ke$ha: Are you kidding me? I pretty much feel like I've been reborn into this completely different existence. My entire life has become making music and playing shows, and I love it. I've accepted the fact that my fans are now my family, and I won't be having boyfriends. I'll just be having a really amazing relationship with the radio.

Were you prepared for that transformation? I wasn't clueless. It's just not at all what I expected it to be like. It's really intense-more intense than I ever thought it would be. I remember pulling up to the [MTV Video Music Awards in September] with Dr. Luke in a DeLorean wearing a garbage-bag dress with the paparazzi chasing me. I was having an anxiety attack, like, "I just wrote some pop songs, man!"

Other worthwhile deals to check out:

Join the Next Reality AR Community

Get the latest in AR — delivered straight to your inbox.